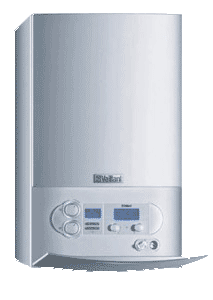 Apply for a replacement boiler with the Affordable Warmth Scheme

Cuts to Affordable Warmth Scheme – Charities and Green groups have expressed their anger at George Osbourne’s announcement in the Spending Review and Autumn Statement that the UK’s most important energy efficiency initiative for homeowners suffering from fuel poverty is to have its funding cut.

The cuts come in addition to reductions in solar subsidies to be introduced in January 2016 and just days before Government ministers attend the Paris climate change talks.

The Government’s Energy Company Obligation, which includes the Affordable Warmth Scheme, is to end in March 2017 and be replaced by the Domestic Energy Efficiency Supplier Obligation. Funding for both ECO and its replacement is raised from green levies on household energy bills and the Government has pledged to cut these levies to reduce home energy bills.  The money raised is channeled into an ECO fund and is used by energy companies to pay for energy efficient boilers and home insulation for qualifying householders with inefficient boilers and inadequate insulation.

However, whilst ECO costs around £1.1 billion per year, the new scheme is expected to cost around £400 million per year.  The effect of this is that although householders’ energy bills will fall by about £30 per year, fewer householders on low income who suffer from fuel poverty will benefit in future.  Charities and Green groups say that these householders, such as pensioners and single parents, tend to live in the poorest quality homes and would not be able to afford to replace their inefficient boilers or install insulation themselves.

The Chancellor George Osbourne, announced that ECO will end in March 2017 and that a new domestic energy efficiency scheme will be cheaper for householders but will still “upgrade the energy efficiency of over 200,00 homes per year, saving those homes up to £300 off their annual energy bill”.

Apply for cavity wall insulation with the Affordable Warmth Scheme

Lisa Nandy, the Shadow Energy Secretary, said that “by slashing investment in energy efficiency yet again millions of families will be left paying more for their energy bills and people will suffer”.  A spokesman from National Energy Action, a fuel poverty charity, said that the cuts were “short sighted” and that “energy efficiency can reduce energy bills and keep vulnerable people out of hospital”.

Citizen’s Advice chief executive Gillian Guy said “Making homes more energy efficient is key to achieving long-term savings on energy bills so it is important the remaining budget is spent on those who really need it” and that “today’s reduction will also make it difficult for government to tackle fuel poverty by 2030.”

The Chancellor also announced that funding for the Renewable Heat Incentive which provides homeowners without access to the national gas grid incentives to install renewable heating systems such as biomass boilers, will be cut by £700 million.

Apply for loft insulation with the Affordable Warmth Scheme